Book Review: Fall or, Dodge in Hell, by Neal Stephenson

I've read Neal Stephenson since the 1990s and try never to miss a single book or article. From his earliest works in the 1980s up to present, the quality and scope of topics he covers in his work expanded ad ridiculum [Yes, I italicize fake Latin], and has reached proportions exceeded by no other author I can think of. He writes everything from alternate history, to alternate future, from cyberpunk to swords and sorcery, all in books of increasing length.

His recent work, Fall or, Dodge in Hell, is one of the most thought-provoking novels I've ever read. It spans his usual speculative, near-future science fiction, and develops into a tale of fantasy. The story is about an event predicted by futurists of a time soon-to-come when artificial general intelligence will become sufficiently advanced that it will be possible to simulate a human brain in computer software. This point is referred to as "The Singularity," and has been promoted by the noted physicist, inventor, and programmer Raymond Kurzweil, among others. The idea is that we could upload a map of our brain into software and live on forever as simulations.

Aside from the metaphysical considerations, this currently isn't a technological reality, but Stephenson presents a semi-plausible near-future in which this becomes reality. Such an afterlife in silico might seem like it could be a version of heaven, but instead the author presents a vision that resembles an exceptionally clever version of hell, hence the second part of the title.

Stephenson has become an ever more long winded author as his success has grown and you get the feeling his publisher and editor no longer tell him "no." Over the course of no less than 883 pages in my hardcover edition, he illustrates the development of a society within the virtual world that first reflects scenarios most recognizable to those who played simulation games like Civilization, Sim City, or its sequels. Younger readers might think more of Minecraft. Whatever your analogy, the telling takes an awfully long time, my only negative criticism of the novel

As the story progresses, the simulated "souls" created from the scanned brain maps of former living humans seem to recreate human history in a computer simulation. Soon things reach the Middle Ages and conditions evolve into a World of Warcraft afterlife. Considering the characters are simulations of the dead, Stephenson's writing is, well, vivid. I was amazed.

The story explores the development of human religion and concepts of afterlife in this simulated human society, and the arc trends over into the fantasy genre, complete with wizardry and a quest. Within the simulated afterlife, theology develops that contrasts polytheism and monotheism, and you can't help but feel that Stephenson is critical of Christianity. But that isn't the only thing he seems to be critical of, because his view of a simulated afterlife clearly reflects criticism of the very idea of The Singularity. It seems Neal thinks that human nature being what it is, things are bound to be less than paradise in a simulated afterlife.

Eventually you get the feeling Neal doesn't think the Singularity is all that good of an idea. Neither do I. Perhaps influenced by own fundamentalist Christian upbringing, I found myself reading the weighty novel with a sense of uneasiness. In order to make an afterlife worth living, we would have to shed too much of what we are in the flesh to make a simulated life after death interesting or attractive. The book is superb though, and I recommend it. As for the The Singularity, if it is anything like the afterlife represented in Fall, or Dodge in Hell, then I don't think it's an afterlife I'm interested in. 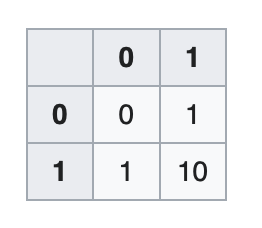